In the Mailbag-Relocation Tours, a Reader’s “The Good, the Not so Good and the Disappointing,” Buying Appliances, and More

If You Could Move Overseas Tomorrow for a Better Life…Would You? by Dan Prescher

On a recent visit back to the U.S., I met some new friends at a party who wanted to know why my wife and I have been living outside the country for the past 15 years.

I often get this question, and after answering it so many times over the years, I’ve developed a fairly concise answer, and that’s what I gave the folks at this party.

“If you could move somewhere tomorrow with year-around warm weather, excellent healthcare, lower taxes, friendly people, beautiful scenery, and cut your cost of living in half at the same time…would you do it?”

After everyone nods their heads, I say, “That’s all we did. We moved where we could live happier, healthier lives for less than we were paying where we were.”

The next question is usually about where we moved to find this high-quality, low-cost lifestyle. Things get a little complicated then, because we’ve lived in seven different communities in four different countries so far, and each one has all the qualifications I mentioned above. And there are dozens more places like them around the world…like Lake Chapala in Mexico, which we’re trying out for a few months right now. 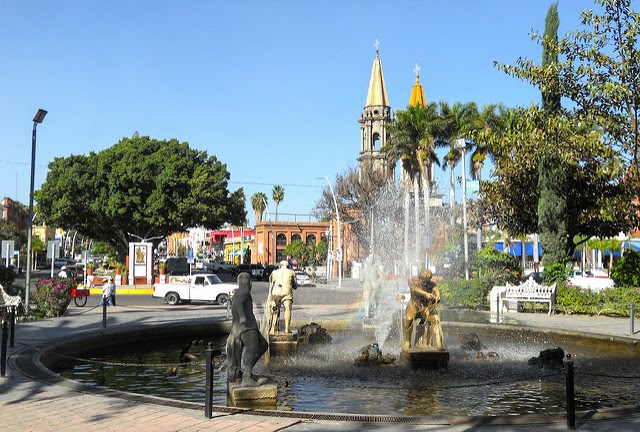 The fact that we could do that and cut our monthly budget in half was icing on the cake.

That’s when most folks start expressing doubts about being able to leave their friends and family and comfort zones, and the folks at this party were no different. And if they expected me to try to convince them that this wouldn’t be a problem for them, they were disappointed.

In fact, I encouraged them to think of all the reasons they might not be happy moving abroad. I made the point that moving abroad is definitely not for everyone. It’s not even for most people… Otherwise, considering the benefits, most people would have already done it.

But most people choose to stay right where they are, and that’s exactly what they should do. There is a certain combination of circumstances, predispositions, skills, and opportunities that go into a successful move abroad. If those things don’t line up, a move abroad probably isn’t a good idea, especially a move taken simply for economic reasons.

It’s absolutely possible to live on less money when you move overseas, but if that’s the only reason someone moves, they’re simply economic refugees, and they won’t be happy.

If these things are missing, then the answer to my original question above is obvious.

“If you could move somewhere tomorrow with year-around warm weather, excellent healthcare, lower taxes, friendly people, beautiful scenery, and cut your cost of living in half at the same time…would you do it?”

Knowing yourself well enough to confidently answer “no” is a blessing, because knowing yourself is the most important thing in life no matter where you live. It makes all your other decisions possible.

Likewise, knowing yourself well enough to confidently answer “yes” could be the start of something big.

Permanent link to this article: https://retireforlessincostarica.com/move-overseas-for-a-better-life/

This site uses Akismet to reduce spam. Learn how your comment data is processed.

Translate into Your Language